" Mary Marshall is an engaging, knowledgeable, and entertaining speaker who easily connects with her audience"
Email Mary Marshall 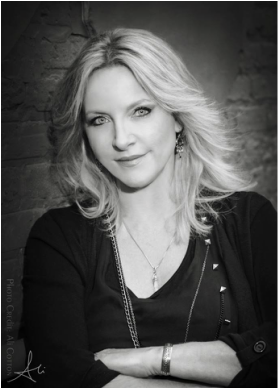 Mary Marshall - Founder & Director
​
​Educator - Mary helped institute and develop one of the first Paranormal Studies Program in the country that is taught at an institute of higher education. As a paranormal educator and innovator, she now teaches several different metaphysical, science, and cultural based paranormal studies courses, as well as workshops at various colleges and institutions in the Chicagoland area. Mary also lectures at events, libraries, and conferences on how the sciences, including physics, neuroscience, and cultural anthropology relates to paranormal phenomenon. Paranormal Studies Internet classes are available.


It is her goal that sharing knowledge will result in the creation of better investigators and researchers, and in general, broaden people’s perspective and understanding of paranormal activity. Although her primary focus is on ghostly-type activity, starting at a young age, Mary has been drawn to and interested in psychic phenomenon and medium-ship, as well as the many aspects of theoretical physics. In more recent years, other fields of science and technology have gained her attention as well. “Science and technology, and metaphysics and spirituality, are very connected; they complement one another. Many do not see the marriage that exists between them, however, I do. In the paranormal field there is a union, a collective consciousness that exists between them.”

Investigator & Researcher - As a paranormal investigator and researcher with over 20 years’ experience, Mary is the founder and director of The Paranormal MD Investigations, a scientific and technology based organization located in northwest Illinois. The Paranormal MD is not limited to ghosts & hauntings. She is respected within several fields that include; paranormal, cryptozoology, psychic/medium-ship, and she is involved with the organization MUFON which deals with UFOs. Her insightfulness and ability to "connect the dots" has allowed her to capture the knowledge, and share it in a no nonsense way that is understandable, and relatable. Mary is the ultimate observer who looks for correlations between the fields and types of activity occurring. She brings tried and true science into the mix and applies it to various phenomenon as applicable. Theoretical physics, quantum, multiverse theories, culture, and neuroscience are areas of study for her, and she loves to relate her findings to the general public whenever possible. Metaphysics, parapsychology, culture, spirituality, and the human consciousness all play an important role in trying to understand the supernatural.

Lecturer/Presenter– Mary, aka The Paranormal MD, has a very diverse educational and work background that aides her in her current endeavors in the paranormal field. She is a very knowledgeable, and skilled presenter, and enjoys speaking at public events, and conferences. It seems a natural extension of teaching about the paranormal in the classroom. Her energetic and engaging personality keeps her audiences informed and entertained.

Paranormal Events  - Mary not only offers lectures, but is skilled and experienced at leading the public on paranormal investigations including a few of her own public investigation events.  If you would like to book Mary as a professional investigator who will guide your guests through the investigation process, or for a workshop at your event you may send an email to TheParanormalMD@gmail.com

Intuitive Medium - Mary currently is currently working as a medium at paranormal public events and/or public ghost hunts.  She also offers private individual intuitive medium reads to clients. She does In-Home gatherings Gallery style or individual too. If you would like to book her for an event, or for a private medium read please, please go to the page,
​Intuitive Medium Mary Marshall on this site to learn more and to book an appointment.

Radio show Producer, Host & Guest – Mary hosted her own talk radio show for a long time. Her original break into radio was as a co-host of a paranormal talk show at a land station in WI. The Paranormal MD radio broadcast is now only available via on demand or podcasts. She is often a guest on other's radio shows too. Mixing culture, science, and humor into the mix.

TV & Webisodes – Mary has appeared as an expert commentator and investigator/researcher in the documentaries, Finding Jay (on the WI Bigfoot), as well as the Docuseries Shadow Dimensions. Other TV show appearances have been as a guest on Quest, a PBS talk show, ​Dark Coffin Classics, Psycho Babble, All Fired Up, Haunting History. Mary Has also been featured on various TV news stations and newspapers.